It's somewhat funny that the HTC ThunderBolt smartphone would be released around the same time as Apple's new Thunderbolt technology. Mainly because HTC's smartphone isn't exactly something I would compare to a flash of lightning, which averages around 60,000 miles per second. But Apple's new interconnect surely deserves the Thunderbolt designation.

Last Wednesday, a leaked photo of Apple's Thunderbolt port was quickly dismissed as Photoshopped nonsense, merely showing the Mini DisplayPort with a new "thunderbolt" icon next to it. But on Thursday, during the official release of Apple's new line of MacBook Pro laptops, we were all surprised to see it was actually the real deal.

Previously known as "Light Peak" by Intel, the new Thunderbolt I/O port is designed to be the next-generation connector for peripherals, including displays, storage, and audio/video devices. 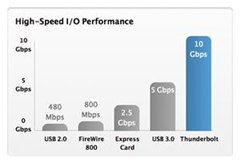 It intends to phase out popular interconnects like FireWire and USB with its astonishingly fast speed of 10 Gbps, which is 20 times faster than USB 2.0, 12 times faster than FireWire 800 and twice as fast as the upcoming USB 3.0. Apple states it's based on two fundamental technologies: PCI Express and DisplayPort. You can read more specs directly from Apple or Intel.

But since this is new technology, is there any devices out there that actually support it?

Not yet, but it's coming.

Right now, it's said that the fastest consumer hard drives (SATA) currently run at a max of about 2.5 Gbps (external transfer rate), roughly 4 times slower than Thunderbolt, so I guess we'll see just how device manufacturers intend to incorporate this new technology. Also worth noting: Intel is using copper wires instead of fiber optics. If they were using optical cables, speeds could reach up to 100 Gbps. Wow. But that's not coming anytime soon.

Below is a list of future devices that will allow you take advantage of this new Thunderbolt technology, now and in the near future (without total speculation). For the most part, it's geared towards audio and video professionals, but will make it to an everyday consumer level soon enough.

The Thunderbolt I/O provides native support for all displays with Mini DisplayPort. It also supports displays connected via DisplayPort, DVI, HDMI, and VGA through the use of existing adapters. 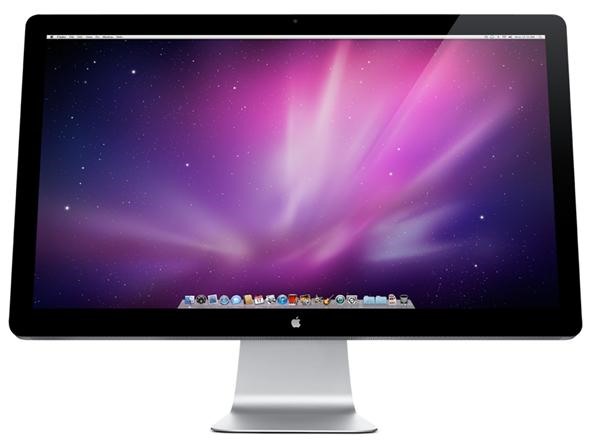 Basically, you can still connect your Apple LED Cinema Display, iMac and other displays to your new MacBook Pro Thunderbolt port. You can even connect two MacBook Pros together if you wanted. And eventually you'll be able to connect those displays, along with multiple high-speed devices, to that one single port.

The LaCie Little Big Disk aims to be the first storage device featuring Thunderbolt technology. No exact date is set for its release, but it will be available by the summer, and you'll be able to purchase it from the LaCie Online Store, Apple Store and authorized resellers.

Promise has new 4- and 6-bay RAIDs in the works, called Pegasus R4 and R6, which "unleash the raw power of Thunderbolt technology". This is definitely something geared towards professionals, whereas regular consumers will find it nothing more than a lavish expense, though Promise mention its uses in an everyday lifestyle:

"Digital Media consumption is growing at an astonishing rate and is an important part of everyone's life. With two channels of bi-directional 10 Gb/s performance Thunderbolt technology allows you to backup your computer while editing the video of your summer vacation and listening to your favorite playlist. Fast, safe and reliable external storage is essential to protect your music, photos, videos and other valuable data. Pegasus provides massive storage space and fast performance for popular applications such as Garageband, iTunes, iPhoto, iMovie, Photoshop and XMBC. Backup your invaluable digital media, documents and also your entire computer or workstation to Pegasus with Time Machine in Mac OS X."

If you're a film editor or graphic designer, this is definitely something to consider, not to mention how easy it is to set up.

"Pegasus comes preconfigured out of the box. Simply unpack, connect the power cable, connect the Thunderbolt technology cable to the Thunderbolt technology port on your computer and you are ready to store music, photos, videos and documents or ingest and edit production video. Managing Pegasus is effortless with a new made for Mac OS X management software called SmartNAVI PRO."

As of now, the above devices are the only ones who have made their releases public. But other parties have shown genuine interest. Macworld recently spoke to representatives from a few companies about their plans for Thunderbolt integration: 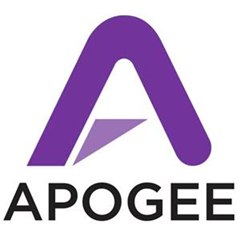 Apogee Electronics, a digital audio company hasn't announced anything yet, but have sincere enthusiasm in making their products compatible with Thunderbolt. Below are some quotes from an interview with Apogee's Sean McArthur and Lucas Van Der Mee about Thunderbolt connectivity.

McArthur: "Our catchphrase for this kind of technology is 'connectivity without compromise,' and we feel like (Thunderbolt) really breaks down a lot of barriers in the pro audio industry."

"What's really great about the Thunderbolt technology is that it kind of takes the confusion out of what is the professional connectivity standard going forward. People are looking at USB 3.0, and FireWire 800 and the PCI-E cards, but now we all know, and we can move forward swiftly with [Thunderbolt's] incredible performance."

"It makes portability a reality for really high-end systems. You could be recording with 32 or 64 channels, with a single cable connected to a laptop. That for us, is revolutionary, and we're very excited."

Van Der Mee: "What we like so much about it is the incredible bandwidth that it provides, along with this enormous simplicity, like the simplicity of FireWire and USB. But now you have this amazing bandwidth, which makes it just a fabulous solution."

Just like Apogee, Avid has shown genuine interest and fascination with Thunderbolt technology. Avid's Max Gutnik responded to Macworld with the following statement:

"Thunderbolt provides users the kind of performance previously reserved for workstation-class computers. To have not one, but two 10Gbps, multi-protocol, and daisy chainable channels over a single cable is great for high-end audio and video solutions and will have a positive impact on the tech industry. Avid is very excited about Thunderbolt's capabilities."

"We have the tech in-house and are staging it now. Whatever the customers embrace, we want to support it, and Thunderbolt is something we're looking at and working on."

She also stated that Western Digital does not pre-announce products, so you'll just have to wait until it ships to your favorite computer store.

"It's pretty amazing technology, and as an engineer I'm blown away that they came out with something like this, because it's such a huge leap forward. The bandwidth you can get over this port is so much more than anything out today. We work with very high bandwidth video, both uncompressed and compressed, so this is right down our alley."

He also told Macworld that AJA does plan to take advantage of Thunderbolt in the near future.

If you hear of any more devices planned (or implied), comment below.

Feast your eyes on this.

In lieu of these future devices, turn your curious minds to iFixit's teardown guide and see exactly what's going on with that wonderful Thunderbolt port inside the new MacBook Pros (in this case, a 15-inch model). 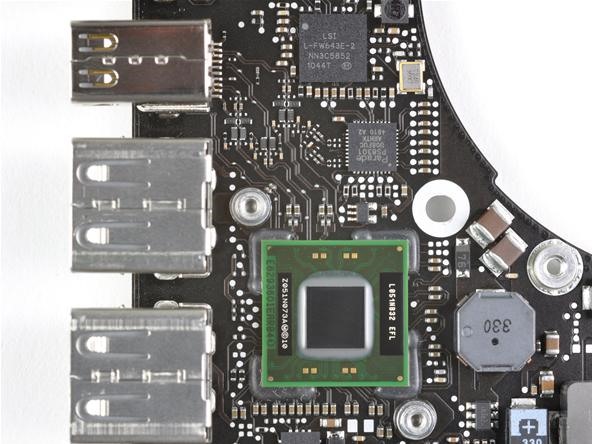