Apparently paper towel + Windex is a no-no when it comes to cleaning your computer or television's LCD screen. Apple's official guidelines for proper cleaning are as follows:

Easy enough. BUT, if you find you're out of paper towels and don't want to splurge on a special lint-free cloth, coffee filters will do the trick, as well. 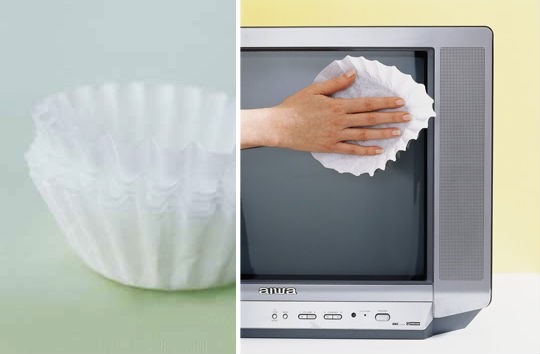 "It turns out that those little rippled cones of blotting paper that filter your morning brew are perfect for clearing the dust from your television screen or computer monitor.

They'll catch the dust and cut static on the screen, all without leaving behind any fibers like paper towels would."

Now I will use coffee filters to wipe off coffee stains from my monitor.