It's only a patent, so don't get too excited (though I have to admit, I'm already pretty excited). 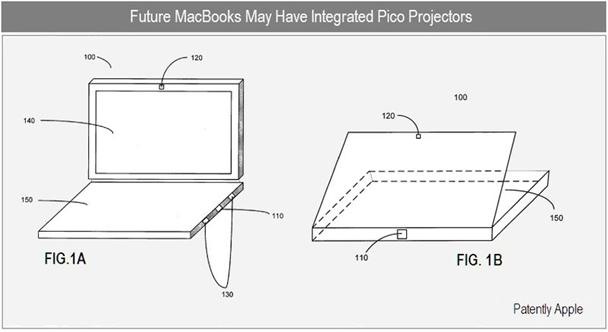 "On March 19, 2010, Patently Apple presented a special report titled 'Apple Files a Mysterious Projector Patent' which provided an overview of pico projectors coming to Apple's media players, future MacBooks and a possible new product which would combine a pico projector with Apple's AirPort Extreme. Others saw it as a natural for Apple TV and all in all, pico projectors will be for work and play.

In today's patent, Apple's R&D team all but confirms that pico projectors are indeed coming to future MacBooks and details a sweeping overview of the system in a patent published yesterday. The patent also generally confirms rumors of HDMI coming to Macs – being that pico projector based MacBooks list this as a possible feature..." (Read more). 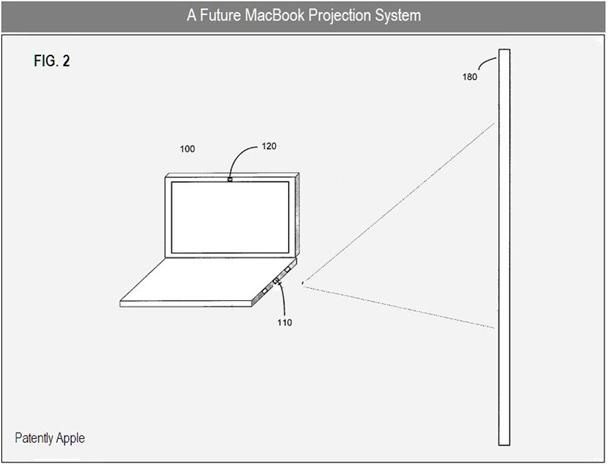 If they can jam a projector (that is capable of what normal projector can do) into a laptop, good for them. Otherwise probably a bad idea all together, I imagine the heat from the projection bulb would easily fry a laptop. If they try to go with a lesser bulb i dont think they could achieve a decent product.

THe macs already have a super heating issue! fox that up mr. steve jobs! please!!! my track pad cracked a little coz of the heat! can you believe that??

The Apple patent application shows that they will be using the Pico-Projector from Microvision. It uses Laser-Diodes and micro-mechanical mirrors, so heat isn't an issue. The Pico-Projector is the size of an iPhone and can be bought at Microvision.com. Eventually projectors will probably be in everything, cellphones, cars, who knows.